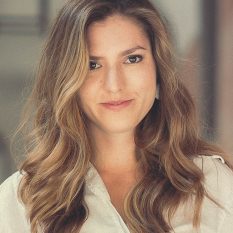 Through my studies I have gained diverse insights into the world of art. During my bachelor’s degree, I worked as an intern at the Münchner Künstlerhaus for the Salvador Dalí exhibition The Golden Age (2013). Shortly after, I associated with the graphic holdings of the Archbishopric of Munich and Freising, for whose indexing and systematic study I was responsible (2013-2015). In 2015, in addition to a study exchange program with the Faculty of Classics at the University of Cambridge, I worked as an intern for the Bavarian Palace Department assisting their public relations department and photography archive. I also worked on the DFG-funded projects “Critical Online Edition of the Nunciature Reports of Eugenio Pacelli (1917-1929)” at the University of Münster, and “Corpus of Baroque Ceiling Painting in Germany” in which I dealt with sacred and profane interior decorations and their iconographies (2015-2016).

My interest in Digital Humanities crystallized during my BA thesis on “The Generation of Metadata in Art History” (2016). In addition to my master’s degree in Art History, I enrolled for a master’s degree in Classical Archaeology (2017), where I worked on the project “Cult and Crisis – The Sacred Landscape of Attica and its Correlation to Political Topography”, developing the data basis for a GIS. Concurrently, I was responsible for the creation of 3D models of statues from the Temple of Zeus in Olympia, and to help protect cultural heritage and assist the 3D reconstructions in the Museum of Casts of Classical Statues in Munich. In 2018, I completed my master’s degree in Art History, with my thesis on the topic “The Alfred Flechtheim Collection in the Mirror of Provenance Legends” in which I used network research to trace the trading network surrounding the Jewish art dealer. In 2020, I received my master’s degree in Classical Archaeology with my thesis on the “Portraits of Agonistic Victors in the Sanctuary of Olympia”.

My PhD project “Relic Networks in the Early Modern Period” uses network analysis methods to investigate the formation of court relic collections. My focus is particularly on the collections of the Wittelsbach dynasty, which were founded in the late 16th century. These collections of relics were originally housed in the Rich Chapel (Reiche Kapelle), which is among the most outstanding of sacred rooms from the 17th century north of the Alps. It served as a private chamber for Maximilian I of Bavaria and his wife Elisabeth of Lorraine. Diplomacy, art agents, and legations facilitated the acquisition of objects for this collection. Information related to the objects themselves, as well as related correspondences and documents will be implemented in my data model and analyzed with statistical methods. Additionally, I will track movements by visualizing connections between entities on historical maps. In my thesis, I will take a close look at events and developments from the time, work on interpreting and understanding them, while trying to uncover underlying hidden structures. This will lead to new insights regarding this collection.