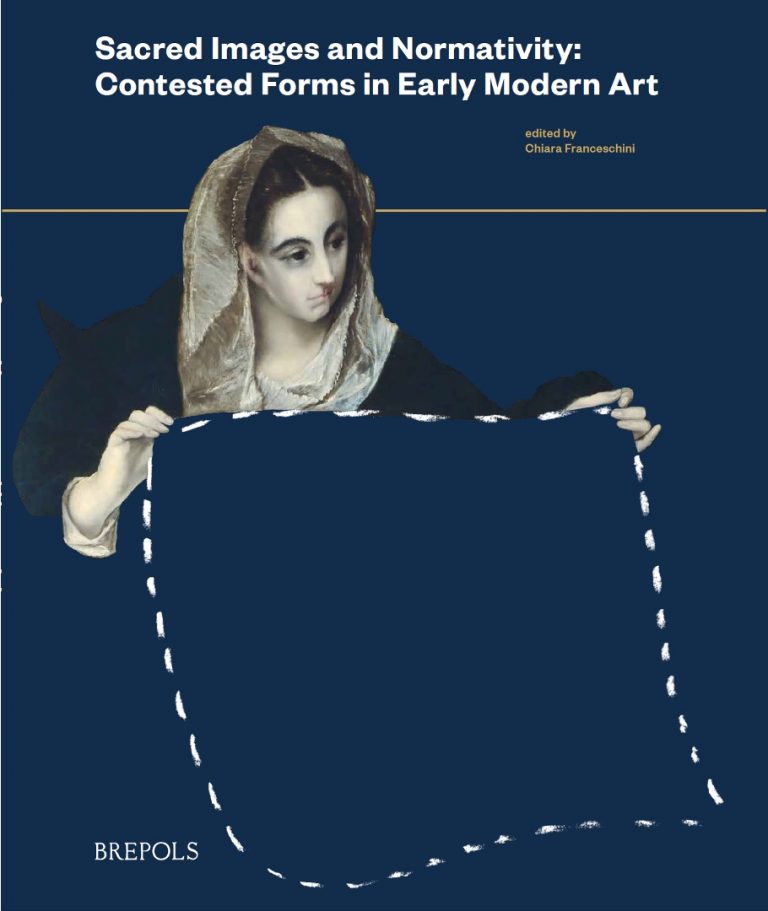 A preview of the first volume of the Sacrima Series, Sacred Images and Normativity: Contested Forms in Early Modern Art, edited by Chiara Franceschini, is now available at the Brepols website.

Early modern objects, images and artworks often served as nodes of discussion and contestation. If images were sometimes contested by external and often competing agencies (religious and secular authorities, image theoreticians, inquisitions, or single individuals), artists and objects were often just as likely to impose their own rules and standards through the continuation or contestation of established visual traditions, styles, iconographies, materialities, reproductions and reframings.

Centering on the capacity of the image as agent — either in actual legal processes or, more generally, in the creation of new visual standards — this volume provides a first exploration of image normativity by means of a series of case studies that focus in different ways on the intersections between the limits of the sacred image and the power of art between 1450 and 1650.

The fourteen contributors to this volume discuss the status of images and objects in trials; contested portraits, objects and iconographies; the limits to representations of suffering; the tensions between theology and art; and the significance of copies and adaptations that establish as well as contest visual norms from Europe and beyond.

The layout of the volume is an original design of the Studio Lupo Burtscher/Lungomare (Bozen) for the Sacrima Project.

Front-matter, the Introduction and three essays by members of the Sacrima Project are already available in Open Access at the following links:

The complete volume will be available in hardback by May 2022.