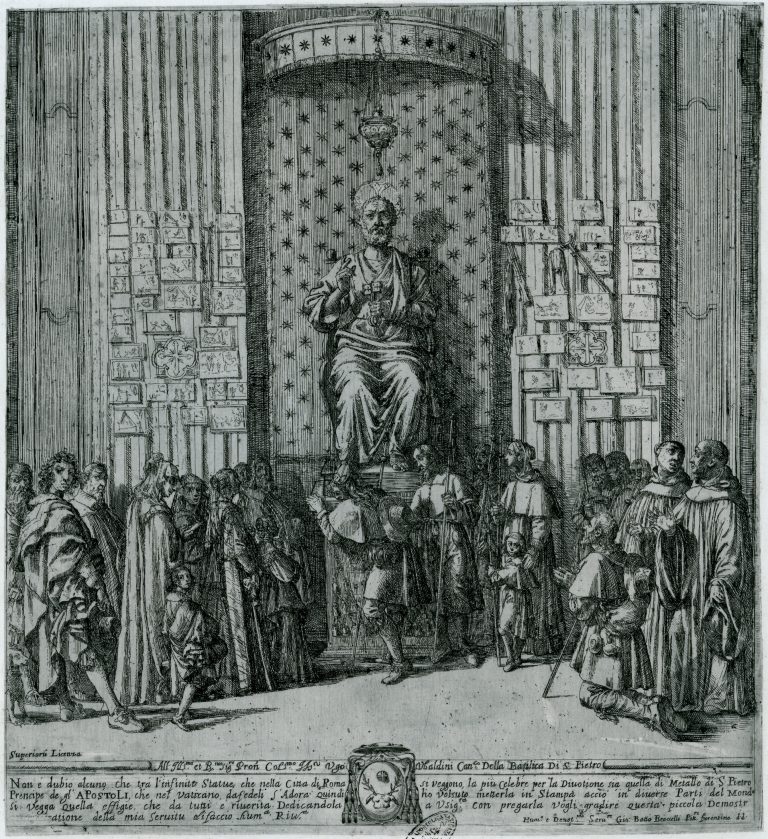 An etching by the painter and engraver Giovanni Battista Braccelli (ca. 1584-1650) marks the point of departure for an exploration of the bronze cult statue located today inside Saint Peter’s Basilica at the Vatican, where it has acted as a devotional locus for centuries. Braccelli’s print reveals the ephemeral gifts that once adorned the sculpture’s flanking pilasters of new Saint Peter’s Basilica, and an episode of early modern interaction with the sculpted image. By uniting print and sculptural studies with the history of lay religious practice, this evaluation explores the impetus behind Braccelli’s representation of the statue and its new context. The artist’s representation showcases an object held in great esteem by the local and pilgrimaging communities and opens a window onto the lost ephemera revolving around this central cult locus, demonstrating how the bronze sculpture effectively mediated the new basilica for the early modern viewer.

To access the article online, see the I Tatti Studies in the Italian Renaissance page of the University of Chicago Press.