In his Moralia, Plutarch attributed to Simonides the dictum “Painting is silent poetry, and poetry eloquent painting”, which was later quoted by and paraphrased by the Latin poet Horace as ut pictura poesis. Taking Emilio Orozco Diáz’s (1909-1987) pioneering studies on this subject as the point of departure, this International Workshop explored the historical and theoretical relations between art and poetry in the Hispanic Monarchy between the sixteenth and seventeenth centuries. Cloe Cavero contributed to this discussion with a paper on the relations between painters, and poets at the court of Cardinal Sandoval y Rojas, Archbishop of Toledo (1599-1618) and one of the most compelling art patrons in early-seventeenth-century Spain.

In connection with her ongoing research on child sanctity, Cloe Cavero also took the opportunity to conduct research on the manuscript collections of the Bibliothèque Nationale de France. 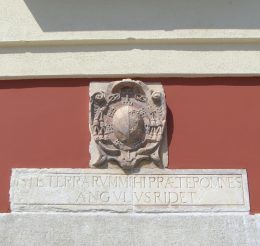