Erin Giffin will present her ongoing research of Santa Casa devotion around the Adriatic in her presentation “The Ark of Loreto: Loretan Devotion throughout the Adriatic”

Stemming in part from her recent fieldwork along the Dalmatian Coast, this presentation addresses the many faces of Loretan devotion in and around the Adriatic.

The pilgrimage site of the Santa Casa di Loreto assumes many names. Early modern treatises liken the structure to the Temple of Solomon, the Ark of the Covenant, and Noah’s Ark. Such biblical associations declare the structure to be a monument of faith, but also a portable tabernacle, and conveyor of salvation. This tripartite interpretation unfolds across the Adriatic, over which the original structure purportedly flew from Nazareth to Croatia before settling on the Italian peninsula. Throughout the early modern period, island and costal replicas of the Santa Casa encircled this body of water, dotting Venetian colonies, and communities in the Papal States. This paper addresses the transfer of Santa Casa imagery throughout the Adriatic, and the iconographic permutations that reinterpret the structure into regional devotional foci. Each Santa Casa replica is simultaneously individualistic—as if the structure has relocated once again—as well as an extension of the original. 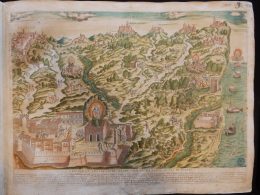 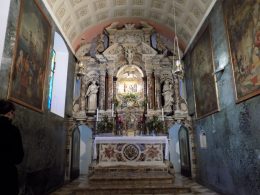