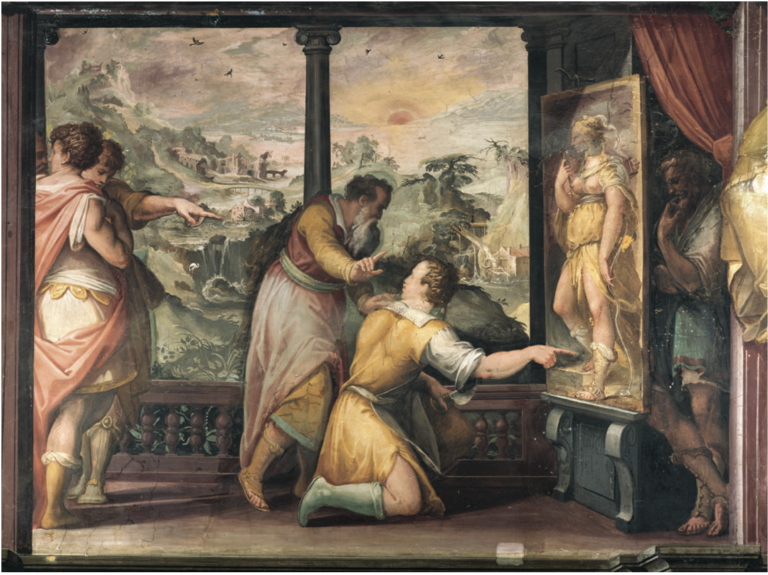 This article tackles the theme of how bad reviews and negative judgments are expressed in the two editions of Vasari’s Vite, by discussing the issue in the context of changing practices of assessing and appraising works of art. The first section deals with how evaluation practices evolved across the sixteenth century and addresses the debate on responsibility about judging artworks, which coalesced around the controversial reception of Michelangelo’s Last Judgment. Against this background, the central section proceeds to a survey and cross-reading of a series of negative reviews as expressed especially in the 1568 edition of the Vite and offers an appraisal of Vasari’s methods and logic when formulating unfavorable criticism in his second edition. A final section focuses on Vasari’s critical review of the Della Rovere Chapel by Daniele da Volterra and collaborators in the Roman church of Trinità dei Monti. In this case, a negative judgment by Vasari intersects with Michelangelo’s technical role as evaluator (perito) and ultimate judge of art. A new transcription of two documents from 1553 concerning the evaluation of the works in progress in the Della Rovere Chapel is provided in the appendix.