Whether as chubby cherubs, playful toddlers or suffering infants, children have in fact pervaded our visual cultures since antiquity. Instilled with intrinsic emotional connotations and a distinctive aesthetic ambiguity, images of children possess diachronic, transcultural and anthropological relevance. However, Christianity’s attachment to a divine child has catalyzed the reception and visual dissemination of images of children in various forms: little angels, Infants Jesus and St. John the Baptist, the Holy Innocents, child saints, children in limbo, etc.

While social historians have explored the changes in status and the perception of childhood during the early modern period, an extensive exploration of the visual relevance of this theme in sacred imagery has yet to emerge from art historical studies. This workshop explores the visualization and materiality of infancy in early modern sacred art in different medias and from a cross-cultural perspective by asking the following questions: how did Christian visual cultures appropriate and transmute images of children, and how did they transmit and/or impose them to other cultures? How have images of children, putti and holy infants migrated in time and in space? What are the aesthetic values, the emotional effects and the cultural significance of these ubiquitous images?

Papers explored the significance of images of putti and children in baptismal contexts; the liminal and structural function of images of infants and cherubs on the façades of hospitals, churches and other sacred spaces; the creation of violent images of infant martyrdom and the aggressive use of infant cults in contact zones; the visualization of emotions in relation to infancy and the ambiguous suspension of images of children between the sacred and the profane spheres in different media. 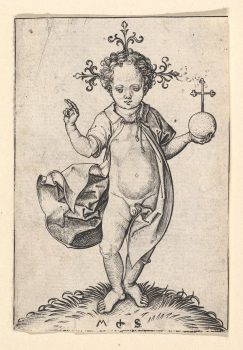 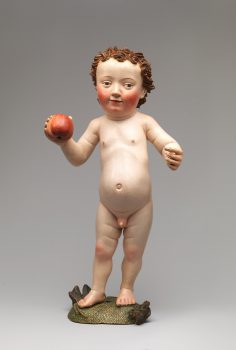 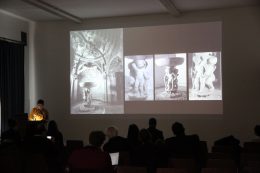 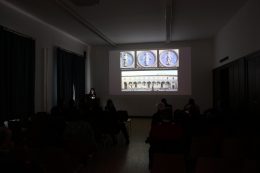