Travelling Objects, Travelling People: Art and Artists of Late-Medieval and Renaissance Iberia and Beyond, c. 1400–1550

On 10 December, Nelleke de Vries presented her paper on the impact of the engravings of Martin Schongauer (c. 1445/1450-1491) on Spanish painting from the late-fifteenth century onwards. This talk was the second of two online meetings of the conference Travelling Objects, Travelling People: Art and Artists of Late-Medieval and Renaissance Iberia and Beyond, c. 1400–1550, organised by the Courtauld Institute of Art in London. Nelleke de Vries’s presentation derives from the second chapter of her ongoing doctoral research regarding the migration and adaptation of Schongauer’s artistic inventions, specifically of his Engraved Passion Cycle, from Northern to Southern Europe. For more on the symposium Travelling Objects, Travelling People, see the following Link. For more on de Vries’s dissertation, see her project Migrating Motifs. Sacred Iconographies, Inventions and Adaptations between Northern and Southern Europe in the fifteenth and sixteenth centuries. 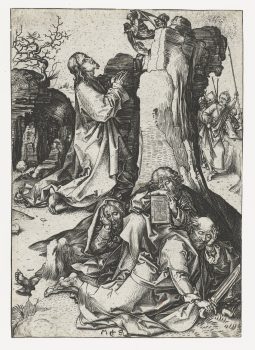