In her paper, Chiara Franceschini discussed the intertwining of iconographic, aesthetic and personal motivations in the reception of sacred artworks, especially chapel and oratory frescoes in Rome, by focusing on two case studies: the Oratorio di San Giovanni Decollato and the chapel of Lucrezia della Rovere in the church of Trinità dei Monti. In both cases, the chief testimony for the ‘bad reception’ is Vasari, who, as in other instances, was also personally involved. This raises the question of Vasari’s reliability as a witness. Do Vasari’s judgments reflect his personal point of view or rather a wider discussion among artists, and, more specifically, among Tuscan artists in Rome? One way to tackle this question, in absence of other contemporary sources, is to explore in greater depth the specific role that artists had in estimating, judging and evaluating works of art (and especially large decorative projects) at the different stages of their creation. In the two case studies, for example, we know that Michelangelo was personally involved to a certain degree or, at least, he was requested to intervene by the patrons as estimator. The final section of the paper offered an initial exploration of known instances in Cinquecento Rome when artists had formal roles in estimating or judging works of art. 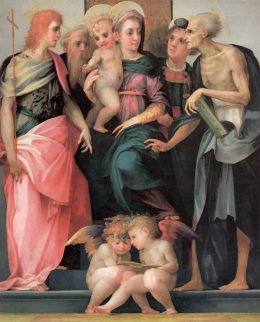