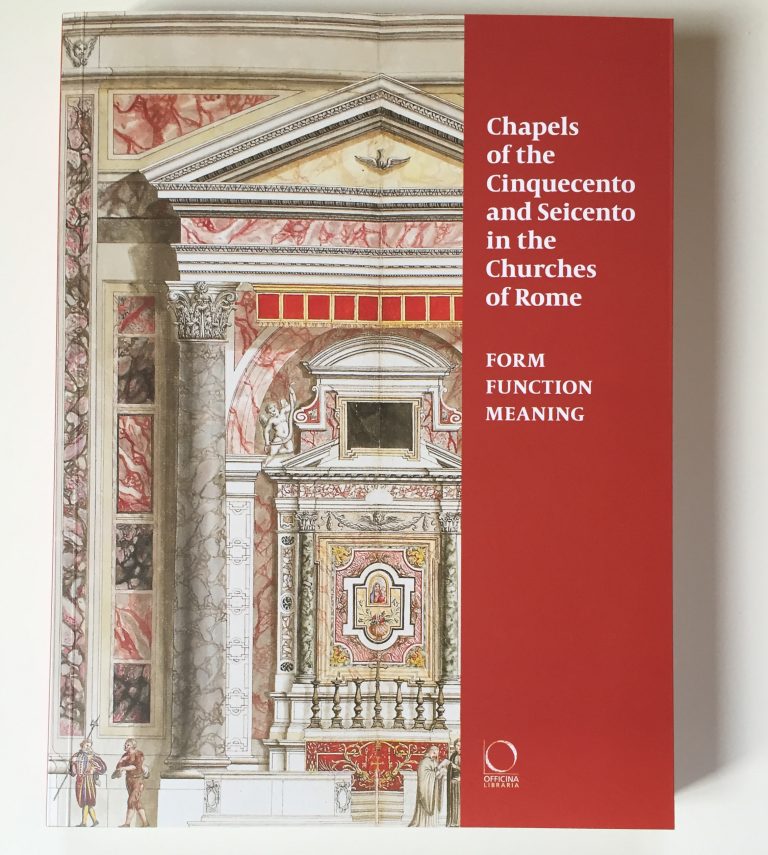 Just out with Officina Libraria!

Chapels of the Cinquecento and Seicento in the Churches of Rome, edited by Chiara Franceschini, Steven F. Ostrow, and Patrizia Tosini, Milano: Officina Libraria, 2020

Nine studies of early modern private chapels as multimedia “laboratories” for social and devotional display and for artistic invention and innovation in 16th- and 17th-century Rome.

Roman church interiors throughout the Early Modern age were endowed with rich historical and visual significance. During the sixteenth and seventeenth centuries, in anticipation of and following the Council of Trent, and in response to the expansion of the Roman Curia, the chapel became a singular arena in which wealthy and powerful Roman families, as well as middle-class citizens, had the opportunity to demonstrate their status and role in Roman society. In most cases the chapels were conceived not as isolated spaces, but as part of a more complex system, which involved the nave and the other chapels within the church, in a dialogue among the arts and the patrons of those other spaces. This volume explores this historical and artistic phenomenon through nine examples involving the patronage of prominent Roman families such as the Frangipane, Spadas, Caetanis, Cybos and important artists and architects such as Federico Zuccari, Annibale Carracci, Giacomo della Porta, Francesco da Volterra, Carlo Maderno, Alessandro Algardi, Carlo Maratta.

Map of the Churches

A Splendid Shrine for an Ugly Image: Visual Interactions in the Salviati Chapel at San Gregorio al Celio
Chiara Franceschini

Carving Out Identity: The Boncompagni Family, Alessandro Algardi, and the Chapel in the Sacristy of Santa Maria in Vallicella
Guendalina Serafinelli

The Arm Relic as Index of the Body: The Chapel of Francis Xavier in the Gesù
Alison C. Fleming and Stephanie C. Leone