Roma-Babilonia: The Plurality of Artistic Languages in Post-Renaissance Rome (circa 1550-1650)

The itinerary started in the Sala Paolina of Castel Sant’Angelo, where Chiara Franceschini and our guest Tiffany Hunt, M.A., discussed with the group about this fundamental starting point for the study of the late Cinquecento art.

On the following days, the group had the opportunity of exploring the plurality of artistic languages in this period by contemplating complex decorative programs carried out by large teams of artists. In addition to the late-sixteenth century chapels of Santa Maria del Popolo and San Gregorio Magno, we visited those which are probably the three most important Roman oratories: the Oratorio del Gonfalone, the Oratorio of San Giovanni Decollato, and the Oratorio del Santissimo Crocifisso.  We were lucky enough to have Prof. Patrizia Tosini and Dr. Fabrizio Federici join us in part of these visits.

Rome, teatro del mondo, was also a crucial space for political negotiation in early modernity. In the Spanish sites of Santa Maria in Monserrato, Santa Croce in Gerusalemme and San Pietro in Montorio, and in the French church of San Luigi dei Francesi, we had the opportunity of discussing the multilayered meanings of international artistic patronage at the papal city.

A third axes of the excursion was discussing the different ways in which medieval miraculous images of the Virgin were framed and reframed in the late sixteenth-century. Among many others, we debated on the different projects for the Madonna della Vallicella in the Chiesa Nuova, and examined the materiality and iconographical program surrounding the Salus Populi Romana in Santa Maria Maggiore.

On our last day, we enjoyed a privileged tour through the frescoed rooms of the Palazzo Zuccari guided by Eva Bracchi, M.A.

We want to express our gratitude to the churches of Santa Maria in Monserrato, San Gregorio Magno and Trinità dei Monti; and to the Oratories del Gonfalone and San Giovanni Decollato (Sig.ra Raffaella Gili) for the warm welcome they provided to our group. 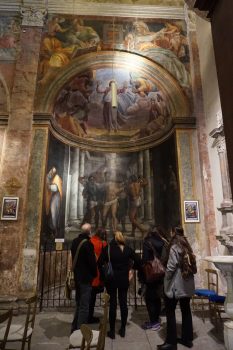 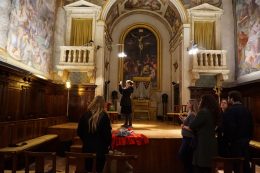 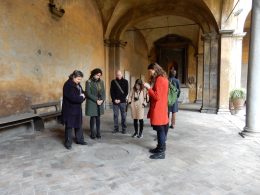 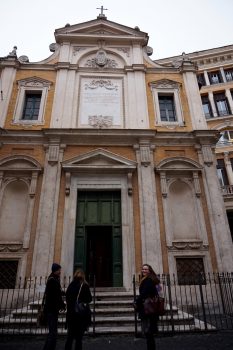 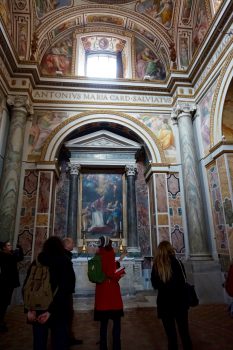 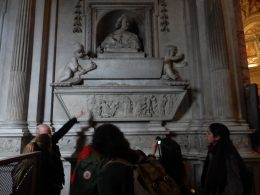 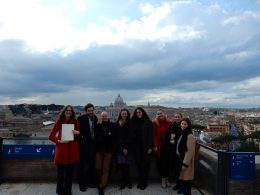