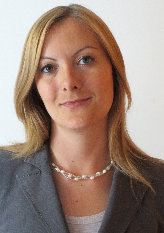 Eva Bracchi studied History and Conservation of Artistic Heritage at Roma Tre University. In 2011 she received her bachelor’s degree with a thesis entitled Raphael, the letter to Leo X and the reconstruction project of a map of ancient Rome, under the guidance of Prof. Silvia Ginzburg. In this thesis she examined the main arguments of the Letter to Leo X drafted by Raffaello Sanzio and Baldassarre Castiglione in response to the assignment received by Raphael to “design ancient Rome”. The broad theme of the relationship between the Ancients and Raphael, painter and architect, focused on how Raphael’s study of antiquity is reflected in his pictorial works made in the period between 1514 and 1520. Bracchi completed several internships, including one at the ‘Central Institute for Restoration’ and collaborated with the web editor of the ‘Soprintendenza Speciale per il Patrimonio Storico, Artistico ed Etnoantropologico e per il Polo Museale della città di Roma’. In July 2014 she received her master’s degree (cum laude) with a thesis entitled “Friedrich Rathgen, pioneer of modern archaeological restoration” with Prof. Mario Micheli. Her master thesis focused on the figure of Friedrich Rathgen, chemist by profession, active towards the end of the nineteenth century in Germany, who was placed in charge of the first scientific laboratory associated with a museum: the chemistry laboratory of the Royal Museums of Berlin. His written production and his international influence were studied, as well as the important restoration works carried out under his direction. Finally, the thread of continuity that unites today’s “Rathgen-Forschungslabor”, reopened in 1975, with the chemistry laboratory of the Royal Museums of Berlin was analyzed to discover the legacy of Friedrich Rathgen’s work as a pioneer of modern archaeological restoration. Bracchi’s research results were published in two German scientific periodicals: Berliner Beiträge für Archäometrie, Kunsttechnologie und Konservierungswissenschaft and Jahrbuch Preuβischer Kulturbesitz.

From June 2015 to June 2018, Eva Bracchi worked on the realization of a digital diagnostic archive of artworks by Caravaggio and his followers (“Archivio diagnostico digitale – Corpus Caravaggesco”) as a scientific collaborator of the ArsRoma project – the Art historical research database of painting in Rome 1580–1630 at the Bibliotheca Hertziana – Max Planck Institute for Art History. From June 2018 until February 2020, she worked with ArsRoma as a freelance scientific collaborator. The deepening of the study of the artworks of Caravaggio and his followers and of the Roman artistic network between the end of the sixteenth century and the beginning of the seventeenth century, in the context of the work with the ArsRoma database, resulted in the realization of a research doctorate project on the Bavarian painter Sigismondo Laire.

From October 2017 she began her PhD at Ludwig-Maximilians-Universität München, in co-supervision with the Università degli Studi Roma Tre, with a thesis entitled: “Munich/Rome/Madrid: the life and artworks of Sigismondo Laire. Sigmund Leirer (Munich 1552 – Rome 1639) and the ‘maniera piccola’ around 1600”. This research aims to reconstruct the artistic activity of the Bavarian painter Sigmund Leirer, around 1600, between Munich, Rome and Spain. Thanks to the study of the artistic production of this painter, protagonist of the Roman and international scene of miniature paintings on copper and stone around 1600, this research aims to thoroughly analyze the fortune of the “maniera piccola” genre, between the end of the sixteenth century and the first half of the seventeenth century, and its geographical spread from Rome to the other European countries.