The Normativity of Sacred Images in Early Modern Europe

In this book project, Chiara Franceschini aims to provide a study of the normativity of sacred images in Europe, between 1450-1650 circa, focusing on case studies from Italy, Spain, France and the Low Countries.

Relations between images and norms, and in particular religious norms, can be extremely controversial in human societies. This is true for pre-modern Europe as well as for our contemporary world. However, the question of the ‘normativity of images’ has never been systematically explored. Images often provoke strong reactions, however, we tend to think of those reactions in terms of individual emotions, generally forgetting that these emotions and reactions often follow sets of norms. While research on the ‘power of images’ has progressed immensely during the last 25 years, the question of the capacity of images to produce norms has not been addressed.

Why, for example, did the Last Judgment by Michelangelo elicit such a strong response and censorship? Was it because Michelangelo was breaking artistic conventions or because he was breaking religious standards concerning the representation of sacred things? Michelangelo’s Last Judgment was institutionally contested. However, it also offered a vision of that sacred event which became visually normative (as evident from the many reproductions and adaptations made afterword). A crucial question for the study of both the production and the response to images is, therefore, what defines these norms related to images: external agencies, such as political or religious powers, or the images themselves?

Asking this question, the book will use and discuss some of the materials which are emerging from the new comparative investigation into the status of the sacred image in Early Modern Europe carried out in the framework of the Sacrima project to discuss the question of the ‘normativity of images’ in the two main ways suggested by in the project: institutional normativity and visual normativity.

Between the middle of the 15th and the middle of the 17th centuries, Europe simultaneously saw both an impressive artistic development, mainly oriented towards a progressively stronger realism, and a dramatic and prolonged religious crisis during which the status of the sacred image was repeatedly contested. While art was producing and developing its own sets of norms (in terms of styles, iconographies, techniques, illusionism, art theory etc.), which applied to images and objects as well as to architecture, the different European religious powers promulgated a series of institutional norms, which concerned images and spaces as well as behaviours and beliefs. Defining ‘normative’ as something “that constitutes or serves as a norm or standard; implying or derived from a norm; prescriptive” (OED), I intend the ‘normativity of images’ as a twofold concept: not only, a series of institutional norms, but also a set of visual norms. Institutional norms are the set of constantly changing regulations imposed on the production, distribution and fruition of sacred images by a variety of agencies. Visual norms are modes created and imposed on the public by the images themselves and by their makers and/or manipulators. These visual norms include forms, styles, schemes, iconographies, structures, organization and position in space, and reproductive modes.

A comparative and joint investigation of these different and often conflicting sets of norms (artistic and institutional, visual and textual) in the turbulent, diverse and visually rich historical context of Early Modern Europe will be crucial for a deeper understanding of the broader issues at stake in both past and current controversies regarding the relations between images and religion in Europe.

Presenting and discussing in a critical and synthetic way some of the materials collected and studied during the duration of the Sacrima project, this project hopes to contribute to a better understanding of premodern European visual culture and cultural production, as well as of current global conflicts concerning images and religion. 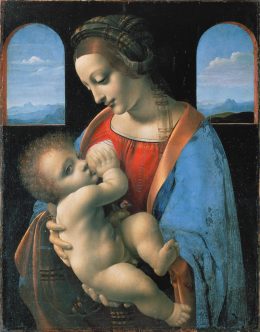 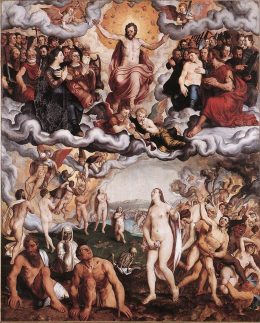