Too Many Wounds. Innocenzo da Petralia’s Hyperrealistic Crucifixes and the Normative Image

In this case study, Chiara Franceschini focuses on the making and impact of expressive crucifixes in early modern Italy. Her starting point is an inquisitorial case against a Sicilian sculptor, Innocenzo da Petralia, the author of a series of hyperrealistic wooden crucifixes in Central Italy (1637-1638).


In 1637 the surfeit of wounds on the body of a wooden crucifix in Assisi (in the image above) caught the eye of an inquisitor of the faith, who had a dossier opened at the central office in Rome. It turned out that Innocenzo da Petralia had produced not just this one, but a series of similar objects for a large range of patrons. The case involved aristocrats, including the Duchess of Urbino Livia della Rovere and her sister Suor Maria at the convent of the Corpus Christi in Pesaro. Suor Maria “had asked a Franciscan brother of the reformed observance to make a crucifix for her devotion” in front of which “she did almost all her spiritual exercises,” wrote Livia to Cardinal Barberini in an attempt to intercede in favour of her sister. “As it happens,” Livia continues “that Father Inquisitor ordained to take away from her this crucifix. He claims that the many wounds which appear on that image alter the ordinary form permitted by the Holy Church”.

This case opens a set of questions, which are connected to the SACRIMA themes and objectives in different ways: the discussion of inquisitorial procedures against images after the Council of Trent; the European geography of expressive images of the crucifix (sometimes described as ‘ugly’ or ‘terrifying’ by the sources) in Western art and their ‘normative’ power; the reciprocal influences between Italian and Spanish religious art; the social dimensions of these objects and the relations between the mental and the physical images of Christ’s wounds; the methods and strategies of those artists who established themselves as makers of serial images especially designed for devotion. 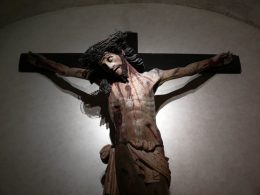 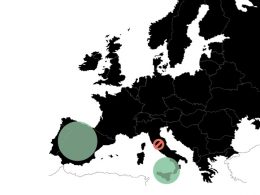 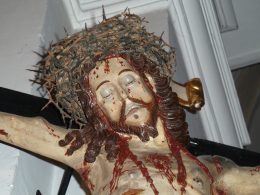