Cloe Cavero visited the crypt where the relics of the two young brothers Saints Justo and Pastor were translated with great magnificence in 1568.

Justo (or Justus) and Pastor, aged 7 and 9, were two brothers that died under the rule of the Roman Daciano in the city of Complutum, now Alcalá de Henares. According to the legend, the two boys ran away from school and turned themselves into the Roman authorities to be voluntarily martyred and beheaded for their Christian faith. This important cult was altered during the Muslim occupation, when the children’s bodies were translated to the North of Spain and to Narbonne (France).

After successful negotiations by King Philip II of Spain and Pope Pius V, a portion of the bodily relics of the two brothers were translated to the crypt of the Magistral Church of Alcalá de Henares in 1568. This moment signals a revival of the cult of Saints Justo and Pastor, as well as an elevation of the images of these child saints in Spain and beyond.

This visit was part of Cloe Cavero’s research project on the images of cults of child saints in early modern Europe, of which Saints Justo and Pastor are a fundamental case study. Some preliminary results of this ongoing research will be presented as “The Politics of Childhood Sanctity in Early Modern Spain”, a paper delivered at Conflicts of Representation in Late Renaissance Iberian Worlds, a panel organized by Fabien Montcher in the upcoming RSA NOLA conference. 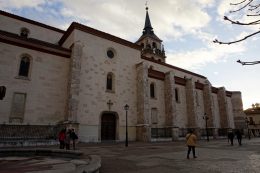 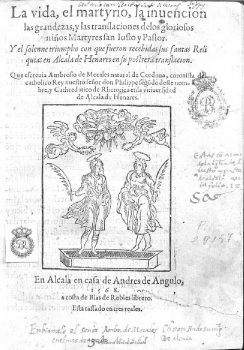 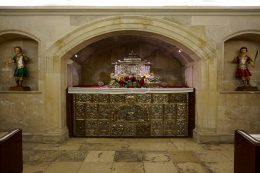