In the last week of October 2019, Professor Yoshie Kojima of Waseda University, Tokyo, came to LMU with a group of Waseda researchers to participate in the first installment of the DAAD-Waseda sponsored Seminar “Early Modern Sacred Images in Japan and Europe: Contact, Comparison, Conflict.”

Centered on the notion of the sacred image crossing cultures, this joint research seminar investigated the active role of objects and images as agents of religious encounter and conflict between early modern Europe and Japan. The first meeting took place in Munich, where our Waseda visitors encountered Christian religious practices and visual constructions made for local and extra-European consumption through a series of site visits to active Bavarian cult sites such as Altötting, and in close visual analysis of surviving visual remnants of cross-cultural exchange.

This meeting included one guest lecture by Prof. Kojima on Tuesday 29 October and one workshop which brought together the Waseda and LMU teams on Thursday 31 October afternoon to discuss five themes and aspects of sacred images in cross-cultural comparison: PRINTS, RELICS, COPIES, AFTERLIFE, TECHNIQUES.

Christian spaces and private devotion in Japan: altars and images of the “Hidden Christians”

In the framework of the Vorlesung on “Sacred Spaces and Private Devotion in Premodern Europe from Giotto to Bernini” (Prof. Dr. Chiara Franceschini)

Yoshie KOJIMA, Professor, Department of Art History. Use of Flemish prints for the Namban screen representing European pastoral imagery and its concealed meaning

Mitsuteru NARAYAMA, Assistant Professor, School of Culture, Media and Society. Worship of Buddhist Reliquaries: Return to Shakyamuni and the wish to compensate for a religious sense of inferiority 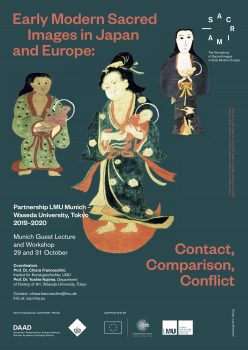 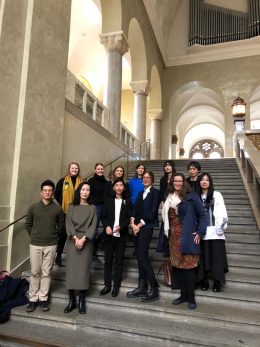 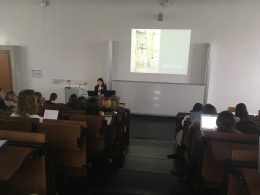 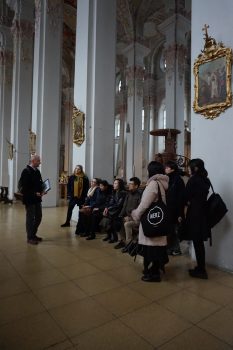 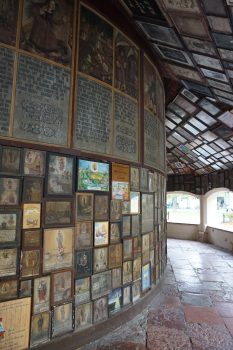 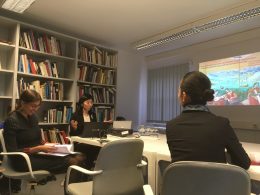